Should You Be Using Performance Improvement Plans?

Performance Improvement Plans (PIP) can be great tools for improving employee performance. But how do you decide whether a PIP is the appropriate course of action? It's certainly not an easy decision.

Benefits of a PIP

Implementing a PIP prior to termination does the following:

Deciding to Use a PIP

Consider the following questions when deciding whether an employee should be placed on a PIP:

Include specific examples of the areas in which the employee is not meeting your standards and requires improvement. Ensure that the employee understands there must be immediate and sustained improvement in the specific areas indicated and that failure to improve is grounds for termination.

In addition, make sure that your past disciplinary action with others is consistent in order to avoid claims of discrimination or favoritism. Have the employee sign the PIP, provide a copy of the PIP, and maintain one copy in the personnel file. Establish an end-date for the PIP, for example in 30, 60, or 90 days (whatever is reasonable for the expected improvements).

At the end of the PIP, set up a meeting where the employee's performance during the PIP will be evaluated. If it is decided that the PIP was unsuccessful, be prepared to terminate the employee (final paycheck, etc.) and provide concrete examples of why the employee failed the PIP.

A Warning of Using a PIP

If you choose to put an employee on a PIP--follow through! That means you will need to keep records of performance issues during the PIP and be prepared to circle back with the employee at the end of the PIP. 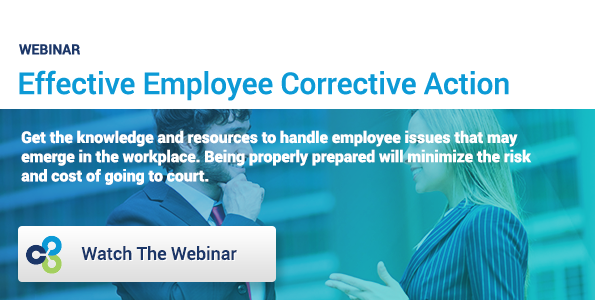