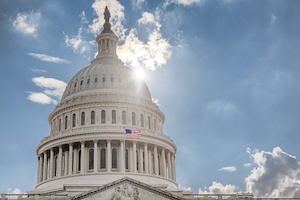 The federal government recently issued its fall Unified Regulatory Agenda, and there are several wage and hour topics on the list. For employers who’ve struggled with Fair Labor Standards Act (FLSA) compliance, these proposed employment laws are expected to be a breath of fresh air.

1. Regular Rate for the Calculation of Overtime Pay

In December, the Department of Labor (DOL) is going to issue a proposed new rule on the “regular rate” (not the same as regular rate of pay), which is used to calculate overtime for non-exempt employees. The DOL believes the current rules are outdated, and don’t address modern forms of compensation and benefits. The regular rate is a FLSA concept that requires most types of non-exempt employees’ compensation be included along with the hourly rate when computing overtime premium pay. This includes commission, incentive pay and non-discretionary bonus pay.

The DOL once again pushed back the date it plans to propose new regulations governing overtime exemptions from the FLSA. The DOL’s Notice for Proposed Rulemaking (NPRM), which proposes an updated salary level for exemption of executive, administrative and professional employees, won’t be considered again until March 2019.

The FLSA overtime rules determine whether employees are eligible for or exempt from overtime pay. Non-exempt employees must be paid time and a half for any hours worked more than 40 work hours in a workweek. To avoid paying overtime to most exempt employees, they have to receive a minimum salary on a weekly basis. There are exceptions to this for some exempt jobs. That salary threshold has been set at $23,660.00, or $455.00 a week, since 2004.

In 2016, the Obama Administration unsuccessfully attempted to raise it to $47,476. A federal court in Texas declared it invalid across the nation, just days before it was set to take effect. Without much support after President Trump took office in 2017, the court eventually declared it permanently invalid in August 2017. Now, Alexander Acosta, the Secretary of Labor, says he supports an increase in the minimum salary for exemption.

The DOL is expected to propose a threshold somewhere between $32,000 and $35,000.The public’s view on the salary level and related issues will be sought after that proposed rule comes out next year. A final rule is not expected to come out until sometime in late 2019. Once it does, the DOL will likely give employers a good deal of lead time to implement the changes.

The new rule will not affect employers and states that already have a state minimum salary for exemption that is higher than federal law, like New York and California. In New York, for example, exempt administrative and executive employees have to be paid $58,500.00 a year starting on December 31st, 2018. That minimum is $1,125.00 a week if you’re an employer of 11 or more employees in New York City.

Congress recently amended multiple provisions of the FLSA with respect to an employer's use of its employees tips. The DOL will now align its previous regulations with the recent statutory changes. The previous regulations, created in 2011 maintained that employers had no right of control over an employee’s received tips, even if the employee was paid the minimum wage or higher by the employer. These rules were challenged in court, and were eventually statutorily eliminated by Congress.

The Tip Income Protection Act now allows tip pools for tipped and non-tipped employees as long as all in the pool get paid minimum wage without use of the tip credit. It also prohibited managers and supervisors (and owners) from participating in tip pools.

Overall, the DOL’s Regulatory Plan seems to emphasize regulatory restraint and a commitment to a more business-friendly regulatory framework so that compliance is easier to understand and accomplish. If you’d like to review or comment on the DOL regulations in the current agenda, click here.

FrankCrum’s Human Resources Services include guidance and advice on state and federal wage and hour best practices. Our HR experts can also consult on the Family and Medical Leave Act (FMLA), Title VII and many other labor laws. Call 866-697-6576 or email FrankAdvice@FrankCrum.com to learn more.