EEOC Complaint: What Is It and What Does It Mean For Your Business? 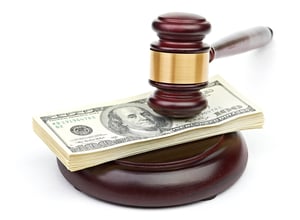 EEOC stands for the Equal Employment Opportunity Commission. An EEOC complaint is filed with the Equal Employment Opportunity Commission (EEOC), which is responsible for investigating the complaint. Those EEOC complaints could include discrimination based on race, color, national origin, religion, gender, age and disability. An EEOC complaint usually comes on the organization’s radar when an employee feels illegally discriminated against and files what's called a Charge of Discrimination.

How to File an EEOC Complaint

The EEOC outlines how to file an EEOC complaint. When investigating allegations of harassment, the EEOC looks at the whole record, the circumstances, such as the nature and severity of the allegations, and the context in which the alleged incidents occurred. Investigators make a determination of whether harassment is severe or pervasive enough to be unlawful on a case-by-case basis.

Whether or not the grievance has merit, employers have to spend a great deal of time, and sometimes money, going through the process. Here are five ways an EEOC complaint of discrimination can hurt your business:

Top 5 Ways an EEOC Complaint Can Hurt Your Business

What Happens When You File an EEOC Complaint

The EEOC complaint investigation typically begins with a “statement of position” where the employer shares its side of the story. The EEOC will also request documents related to the case, which potentially include copies of company policies and personnel files. In some cases, EEOC employees will visit your workplace and ask you to make employees and/or supervisors available for interviews. Investigators use these processes to determine whether the EEOC complaint merits further action.

EEOC Complaints Can Get Expensive

It’s important for employers to be aware of just how costly an EEOC complaint can be. In 1998, hundreds of women who worked on Mitsubishi’s assembly line in Illinois claimed their male co-workers fondled them, demanded sexual favors and retaliated against those who didn’t comply. More than 400 women received $34 million in monetary relief. This remains one of the most publicized sexual harassment cases in history.

Penalties for an EEOC complaint start with providing relief for workers who suffered discrimination. Those may include:

Prevention is the best tool to eliminate harassment in the workplace and avoid an EEOC complaint. Employers are encouraged to prevent and correct unlawful harassment by clearly communicating to employees that they won’t tolerate unwelcome, harassing conduct. They can do this by establishing an effective complaint or grievance process, providing anti-harassment training to their managers and employees and taking immediate and appropriate action when an employee complains.

Do you have additional questions about how to protect yourself and your employees? Be sure to check out our webinar on sexual harassment and discrimination in the workplace.

Partnering with FrankCrum grants you access to a team of HR experts. If you have questions about any HR-related issues, call 1-866-697-6576.