New Regulations Are Enough To Give Employers Indigestion! 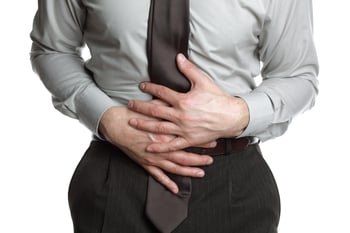 The confusion continues regarding the rules and new regulations surrounding home healthcare agencies and the caregivers who work for them.

We can thank the government for stirring too many pots at once and hindering employers’ ability to decipher what they need to do to remain in compliance, and in turn leaving them starving for clarification.

Effective November 12, 2015, an exemption from the minimum wage and overtime provisions of the law previously enjoyed by home healthcare employers (commonly referred to as the “companionship exemption”) is no longer available for their home health aides. This means that beginning the workweek in which November 12, 2015 falls/fell, the agencies are required to:

What also changed earlier in 2015 were the Department of Labor guidelines regarding what factors determine whether workers are employees or independent contractors. The Wage and Hour Division’s “Administrator’s Interpretation” on this topic was issued on July 15, 2015.

They, usually, make themselves available to multiple businesses, and do not limit their services to a single company. They are in business for themselves, and provide their own tools and equipment to perform their duties.

The Wage and Hour Division’s “Administrator’s Interpretation” states that the key question is whether a worker is truly in business for him or herself, which makes that worker an independent contractor, or the worker is economically dependent on the employer. The “Administrator’s Interpretation” specifically states that “In sum, most workers are employees under the FLSA’s broad definitions.”

The combination of these 2 provisions has left many employers (understandably) confused. Part of the issue existed long before either of these changes took place. It is likely that many home healthcare workers were already misclassified as independent contractors (if they weren’t actually in business for themselves and were controlled by and economically dependent upon the agencies), and now, even if there was marginal speculation about the classification before, by tightening the guidelines, it has become clear that they more than likely are employees.

As such, home healthcare agencies have little choice but to properly classify their workers as W-2 employees. With new rules regarding independent contractors AND home healthcare workers, you can be sure the DOL will be on full alert for violations, (anticipating that the agencies would have tried to avoid the overtime provisions implemented by saying their workers are independent contractors.) Any such “loopholes” have been drastically tightened, if not altogether eliminated.

That being said, the DOL is not specifically saying home healthcare workers MUST be W-2 employees, but with the changes made, there is little room for them to be otherwise. This includes the agencies known as “registries” which commonly used independent contractors in the past. With these recent changes, those entities should consult legal counsel to determine if that arrangement can continue to be used in their industry.

It may be some time for such issues to be clarified, but they will undoubtedly come by way of case law (not by changes in the regulatory language)…so stay tuned. The most prudent step for these employers to make is to treat their workers as W-2 employees and comply with the provisions of the Fair Labor Standards Act (FLSA) regarding minimum wage and overtime.

We understand that these government regulations can sometimes leave a bad taste in the mouths of employers, but rest assured, the way to remain compliant is to feed yourself with as much information as possible. FrankCrum is here to serve you.