HR Regulations to Watch in 2017 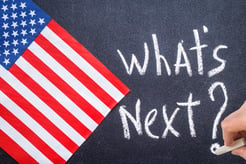 2017 is predicted to be a year of change, mostly because of all the turnover in Washington. Donald Trump will be sworn in as the next president of the United States on January 20, 2017. Here is what you need to know about what changes in policies might mean for you and your business.

The Affordable Care Act is expected to be repealed and replaced right out of the gate. The President-elect wants to allow people to purchase insurance across state lines. He also wants to allow individuals to deduct the cost of their health care premiums from their personal tax returns. Critics say the ACA is unsustainable and has significantly increased costs for employers. Andrew Puzder, the man tapped to be the Secretary of the Department of Labor (DOL), claims the ACA is also bad for consumers because of increasing premiums in the marketplace. Here’s what you should expect to see in the new year:

E-Verify could soon be a requirement for all employers to determine whether their potential employees have the right to work in the United States. Right now, it is used by more than 600,000 employers across the nation. Currently, it’s voluntary although some states require either E-Verify or a program like it be used in the hiring process. Congress has tried to mandate E-Verify several times in the past but has never been able to make it stick. Currently, E-Verify is used when hiring certain federal government contractors and subcontractors.

Six Weeks of Paid Maternity Leave may soon be an option for new mothers. Donald Trump wants to enhance unemployment insurance (UI) to make it happen. There is a similar program already in place in California. The temporary benefit through the UI system would cost about $300 per week. Trump says the money could be made up in other places. His plan does not appear to include new fathers and it would not extend to other forms of leave covered by the Family and Medical Leave Act (FMLA).

The New Overtime Exemption Rule that was halted just a few weeks ago, will likely not progress with the Trump Administration. The new regulations would have meant any employee making less than $47,476 per year ($913 per week) would be entitled to overtime. Puzder, the man expected to be the next DOL Secretary, says turning current supervisor jobs into hourly positions won’t do much good for employers or their employees. Still, employers need to be ready to comply if the rule moves forward.

OSHA Workplace Safety changes are important to note as we move into 2017. Here’s a recap of the changes that took effect December 1, 2016:

The National Labor Relations Board (NLRB) is set to see some major changes in the coming months. There are currently two vacant positions and the terms of two other board members come to an end in 2017. It’s expected that the NLRB will shift from a Democratic to a Republican majority at that time. The new board is likely to provide relief from the “quickie” election rule that sped up the time frame in which union representation elections are conducted. The board may also abandon efforts to make it easier to declare corporate franchising employers as joint employers with their individual franchisees. As joint-employers, large franchising corporations are co-liable for legal violations.