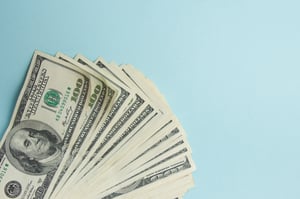 The U.S. Department of Labor (DOL) recently announced a proposed rule which would make more than a million American workers eligible for overtime pay.

Currently, employees with a salary less than $23,660 per year ($455.00 per week) must be paid overtime if they work more than 40 hours per week. This has been the standard since 2004. You may remember the Obama-era overtime regulation issued in 2016 that would have raised the salary threshold to $47,476 per year ($913 per week). The regulation was later invalidated by a federal judge in Texas just days before it was set to take effect.

Key provisions of the new proposal include the following:

Under the proposed rule, there would be no changes in the overtime protections for police officers, firefighters, paramedics, nurses, or laborers, including: non-management production line employees and non-management employees in maintenance, construction and similar occupations such as carpenters, electricians, mechanics, plumbers, iron workers, craftsmen, operating engineers, longshoremen, and construction workers.

The public has 60 days to comment on the minimum salary requirement and related issues after the proposed rule is published in the Federal Register. The DOL estimates the rule would take effect in January 2020.

New York and California must already comply with higher salary thresholds. In New York City, for example, exempt administrative and executive employee must be paid $58,500.00 per year. That’s $1,125.00 per week if you’re an employer of 11 or more employees.

One of the most important steps in ensuring compliance with wage and hour laws is to determine whether employees are exempt or non-exempt. If you need guidance now or after the changes take place, consider consulting with an HR professional who can provide you with the pertinent information to help you decide about employee overtime eligibility.

FrankCrum provides clients a team of HR consultants, known as FrankAdvice. To learn more about FrankAdvice and the other PEO services offered at FrankCrum, call 800-277-1620 or visit FrankCrum.com.

Tonya is the Labor Compliance Manager at FrankCrum. In this role, she leads the FrankAdvice team of HR consultants and manages the delivery and content of best practice HR information to client owners and managers. When she’s not at work, Tonya enjoys international travel.