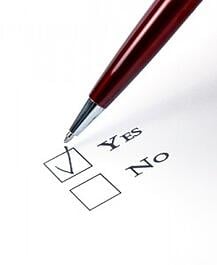 The term "Ban the Box" refers to removing the check box or question on a job application related to criminal backgrounds. Examples include:

Ban the Box restrictions are intended by lawmakers to help job seekers who have a criminal background pursue employment opportunities based on skills and qualifications, instead of being “immediately ruled out.”

When did Ban the Box restrictions begin and what States have adopted this?

Hawaii was the first state to approve this restriction in 1998, followed by Minnesota in 2009. As of November 2014, thirteen states (California, Colorado, Connecticut, Delaware, Hawaii, Illinois, Maryland, Massachusetts, Minnesota, Nebraska, New Jersey, New Mexico and Rhode Island) plus about 70 municipalities have removed the box from their employment applications asking about convictions.

This restriction varies by state and municipality and currently many areas have applied this to private employers and/ or government contractors. The impact on both the private and public sectors are currently on the rise though.

Are employers now required to hire someone who has a criminal record?

No. This restriction does not require that employers hire individuals who have a criminal record.

Does “Ban the Box” prevent employers from conducting a criminal background check?

No. Employers may still conduct a criminal background check. The “Ban the Box” restriction moves the inquiry into criminal history from the initial point of contact with the applicant until after a point in time in which the employer has decided to interview or extend a conditional job offer – again, this nuance varies by state and municipality.

Does the restriction eliminate laws that require individuals with criminal backgrounds to be excluded from certain positions?

No. There are industry specific or job specific exceptions to this restriction, such as those jobs in which employers are obligated to continue to follow federal or state law to run criminal background checks (e.g., jobs working with children and/or vulnerable adults). These obligations are not affected by “Ban the Box”.

Your box is banned, now what?

Employers should review current HR policies, forms and procedures and make sure hiring managers know about the changes. Don’t allow managers to ask questions prior to or during a job interview that are not allowed. Also, consider using different wording on your employment application referencing that “criminal records are reviewed and applicants will undergo a thorough work, education, and criminal background check”, which they will be required to submit to.

A PEO like FrankCrum with employment expertise can help you review current hiring practices which may be impacted by the “Ban the Box” restrictions in your state. For more information on this topic, please contact our FrankAdvice line at 866-697-6576.