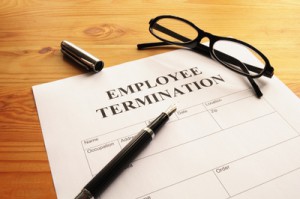 Understanding the unemployment claims system can go a long way in keeping taxes low for you, the employer. The system differs by state – and it applies to businesses that employ as few as one worker. Dealing with unemployment claims is a time consuming process and the degree to which it is done well can affect how much you pay in unemployment taxes.

So how does it all work – and what do you need to know as an employer?

Who is Eligible for Unemployment Benefits?

All states require that an employee have sufficient wages during a “base period,””, which is the first four of the last 5 quarters prior to the quarter when an employee applies. The states vary on the amount of wages and the number of quarters in which those wages are earned in order to qualify.

What Happens when Someone Files a Claim?

A worker will first contact the state where he/she worked to begin the claims process. That state will then look at all of that person’s wages and employers during the base period. If the employee has met minimum work and wage requirements, the state will then gather required information from both the employee and that person’s employers from the base period. Each employer must respond and cooperate with the state’s adjudicator, who will make the decision whether the claimant is eligible for benefits – and determine which employers are responsible for paying on the claim. If either party disagrees with that decision, they can appeal – which results in either a review or an unemployment hearing.

If the unemployment benefits are granted, an employee can initially receive benefits for 26 weeks or less depending on their state. This first round of unemployment is completely funded by the employer – and any monies paid out are charged against the employer’s “experience rating.” The experience rating is determined by comparing the amount of total wages that are paid by employer to the amount of unemployment benefits paid out within a given year. Most states go by a fiscal year from July 1st of the previous year to June 30th of the current year. The experience rating is then used as one of a few factors in determining an employer’s unemployment rate for the following year.

If an employee is still out of work after the initial 26 week period, in most cases that is where their benefits end. However, during periods of high unemployment, most states offer an extended benefits program that only kicks in when the unemployment rate hits a certain level.