Smoke Breaks in the Workplace: What to Know If You Have Employees Who Smoke

The amount of US adults who smoke cigarettes declined from 20.9% in 2005 to 14% in 2019, almost a 7% drop. This can be attributed to the years of coordinated public health education and successful media campaigns.

Through the years, as greater general awareness of smoking's negative effects have permeated society, and federal and state regulations have been put in place, employers have implemented their own smoking policies, many of which ban smoking in the workplace altogether. 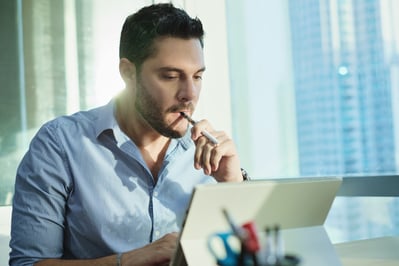 Although smoking has continually trended downward, the decline in cigarette sales in the United States stalled last year for the first time in decades as the public grappled with pandemic stress. And even though traditional smoking may have fallen out of favor today, the spotlight has now shifted to a new method of tobacco use: vaping.

With the increased chance of employees picking up a new habit and current smokers giving up on their smoking cessation initiatives, there are a few things to know about smoking policies in the workplace.

Bans on company premises may prevent smokers from taking smoke breaks as frequently as they would otherwise, which can cut down on lost productivity. Additionally, policies allowing smoking only in designated areas can reduce non-smokers' exposure to secondhand smoke.

As smoking has repeatedly been shown to increase the risk of cancer, heart disease, stroke, and other illnesses, smoking cessation can help lower the prevalence of these diseases and, by extension, health insurance costs. Beyond that, the healthier an employee is, the less likely they are to call out sick. According to the Centers for Disease Control and Prevention (CDC), more than $156 billion is attributed yearly to lost productivity due to smoking-related illness, including $5.6 billion in lost productivity due to secondhand smoke exposure.

When implementing a workplace smoking policy, employers should be aware of specific areas of concern in regard to restricting tobacco use. While many states require workplace policies that protect non-smoking employees from the hazards of environmental tobacco smoke, some states also provide protection to the use of lawful tobacco products outside of the workplace.

With few exceptions, most states restrict smoking in public places, such as retail stores, restaurants, and other establishments. States without these tobacco-free restrictions include Kentucky, Mississippi, North Carolina (unless working in a bar/restaurant), South Carolina, and Wyoming.

Conversely, some states require employers to adopt policies barring or significantly restricting smoking in the workplace. Many of these states also require the posting of notices related to smoking restrictions and designated smoking areas. The states with such requirements include the following:

While many states have laws requiring employers to adopt a smoking policy, some states prohibit employers from discriminating against job applicants or employees who use tobacco products or from requiring employees to abstain from the use of tobacco products outside of the workplace. States that prohibit employers from discriminating against or controlling employees' tobacco use outside of the workplace are the following: 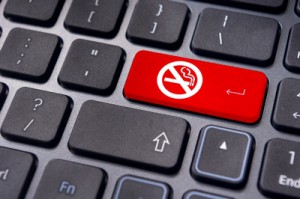 Although smokers have legal protections in many states, employers have a duty to provide a safe work environment, which could mean a smoke-free workplace for non-smokers. Additionally, according to the Affordable Care Act (ACA) health insurers may charge up to 50% more in health insurance premiums for tobacco users than those who do not use tobacco to encourage employees to quit. So although laws exist to protect smokers from being discriminated against or fired for their smoking habits, they can still legally be stuck with higher insurance premiums.

Whether smoking is restricted in the workplace by employer choice or state law, certain guidelines can be followed to help create a harmonious setting for both smokers and non-smokers:

Whichever guidelines employers choose to follow, recognize the rights of both smokers and non-smokers with policies and practices.

If you have specific questions on smoking policies in the workplace or are interested in ways that FrankCrum can help you with compliance questions or employee issues you are currently facing, please contact us. We're here to help!