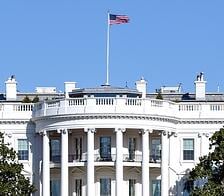 President Obama wants his administration to change the rules regarding who is eligible for overtime pay under Fair Labor Standards Act (FLSA). He recently directed the Department of Labor to do its first update of FLSA regulations in 10 years.

Currently, executive, administrative and professional employees are exempt from the FLSA’s overtime pay requirements if they meet certain duties parameters and earn more than $455 per week. That salary threshold has only been raised twice in the last 40 years. The initiative is also expected to focus on changing the qualifications for those workers to be classified as bona fide executive, administrative, professional employees.

The process could take months – but it’s aimed at making overtime pay available to certain employees who may work many hours per week but don’t qualify for overtime pay.

In the president’s memorandum, the White House said: “Millions of salaried workers have been left without the protections of overtime or sometimes even the minimum wage. For example, a convenience store manager or a fast food shift supervisor or an office worker may be expected to work 50 or 60 hours a week or more, making barely enough to keep a family out of poverty, and not receive a dime of overtime pay.”

Currently, The Fair Labor Standards Act requires employers to pay most employees overtime pay at time and one-half their regular pay rate for the hours they work in excess of 40 in a workweek. However, Section 13(a)(1) of the FLSA provides an exemption from overtime pay for employees employed as executive, administrative, professional and outside sales employees.

To qualify for that exemption, employees must be paid at least $455 per week on a salary basis and their job duties must meet specific tests. In general, their duties must include managing a part of the enterprise and supervising other employees or exercising independent judgment on significant matters or require advanced knowledge. Job titles do not determine whether employees are exempt from the overtime requirement.

Again, no laws have officially been changed, and it will take several months for the Department of Labor to take a look at the ideas being proposed. FrankCrum will be watching this piece of HR/employment news and we will keep you updated when any progress is made.

For more information, you can read the president's official memorandum as published by the White House here.