Equal pay for equal work is a hot topic for employers in 2019, partly because social movements have brought attention to gender pay imbalances in the workplace.

One of the bigger pay equity stories making headlines is the lawsuit brought on by the U.S. Women’s National Soccer Team. The recent World Champions are asking for pay equal to the men’s team, which has 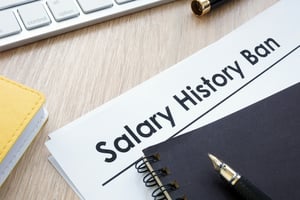 the same responsibilities as the women’s team but fewer wins and less revenue. Chants of “equal pay” were heard at both the World Cup and the team’s recent victory parade in New York City.

Women make around 80 cents for every dollar a man makes and there is an additional gap for women of color. The Equal Pay Act of 1963 (EPA), requires that men and women be given equal pay for equal work. The EPA, which is enforced by the EEOC, prohibits sex-based wage discrimination between men and women in the same establishment who perform jobs that require substantially equal skill, effort and responsibility under similar working conditions.

The Paycheck Fairness Act, which passed the House of Representatives earlier this year, includes key provisions that would address loopholes in the EPA, ensuring that employers pay women and men equally for equal work. The proposed law would ban employers from asking candidates about their prior salaries. If it gains traction in the Senate, and passes, it would require employers to be much more transparent about how they are paying workers.

State and local governments are increasingly adopting laws and regulations that prohibit employers from requesting salary history information from job applicants. The laws are aimed at ending the cycle of pay discrimination. Some go as far as prohibiting an employer from relying on an applicant's pay history to set compensation, even when it is voluntarily disclosed. Others prohibit an employer from taking disciplinary action against employees who discuss pay with coworkers.

Eighteen states and 17 localities have instituted salary history bans prohibiting employers from asking about compensation history during the hiring process. For example, a recent salary history ban in New Jersey, which takes effect in six months, prohibits employers from requesting an applicant’s salary, commission or benefits history during the hiring process. If a candidate wants to volunteer the information, they can, but employers can’t hold it against them if they don’t. Any employer that violates the new rules and seeks out an applicant’s salary history could be fined up to $1,000 for a first offense, $5,000 for the second and $10,000 thereafter.

It goes without saying that most employers strive to minimize payroll expenses, so knowing what prospective employees make now and what they might work for in the future is certainly helpful, but it can also perpetuate wage disparity. Salary history bans can help level the playing field. But some lawmakers have actually banned the bans. Michigan and Wisconsin have passed bans against salary history bans, citing the need for uniformity and the difficulty employers in multiple states or cities face in trying to navigate the laws in each location.

What Should Employers Do?

Starbucks and other U.S. employers in the Employers for Pay Equity consortium have joined to agree to a shared set of Pay Equity Principles. Employers should also plan for stronger pay equity requirements in the future. This year, employers filing EEO-1 reports must include pay data broken down by race, sex and ethnicity from 2017 and 2018 payrolls. California is advancing its own similar pay data reporting requirement through its state legislature.

For now, in order to make the workplace more equitable for all individuals, employers should:

At FrankCrum, we enable clients to outsource aspects of human resources, employee benefits, payroll and payroll taxes, and workers’ compensation insurance. Clients receive access to FrankAdvice, a premium HR consulting service,that manages the delivery and content of best practice information to client owners and managers regarding all types of employment-related topics, including pay equity.

Tonya is the Labor Compliance Manager at FrankCrum. In this role, she leads the FrankAdvice team of HR consultants and manages the delivery and content of best practice HR information to client owners and managers. When she’s not at work, Tonya enjoys international travel.