The DOL Overtime Ruling is on Hold, Now What? [Webinar] 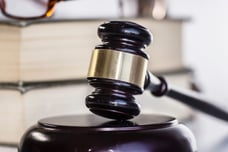 The Department of Labor ruling that was scheduled to go into effect at the beginning of this month, was halted by a Texas judge just days before the December 1st effective date.  The judge issued a preliminary injunction which simply preserves the existing overtime rule until the court has a chance to review it again.  The DOL filed an appeal to have that injunction reversed, but because of the change of leadership in Washington, it could be months before a new decision is reached.

The new regulations would have meant that millions of employees would be reclassified as non-exempt. Therefore, any employee making less than $47,476 per year ($913 per week) would be entitled to overtime.  That obviously would have changed the way employers paid their employees as well as the way they handled paperwork.

The DOL Overtime Ruling is on Hold, Now What?

Register for this free informative session, where we will be providing guidance on: