The 7th Annual FrankCrum Golf Invitational was held Monday, February 17 to help raise money for Trinity Café, a non-profit organization that serves meals with dignity to the homeless and hungry in the Tampa Bay area. Two hundred and sixty-eight golfers from across the country assembled in foursomes to play the famous Copperhead and Island courses at Innisbrook Resort and Golf Club in Palm Harbor, Florida.

The tournament began with a Sponsor Reception held at the Island Way Grill on Clearwater Beach and ended Monday evening with dinner and awards presentation including a live and silent auction at Inverness hall in Innisbrook. Each player received a Callaway gift package including shirts and shoes. On the course food was provided by On the Mark Catering in Tampa, FL and lunch was provided by Grille 54 in Trinity, FL.

Tournament Director Brigitte Becker says she’s confident that this year’s results will be record breaking, and will likely bring the 7-year tournament total to over $600,000 raised for Trinity Cafe. The exact amount will be announced in the next few weeks.

The FrankCrum family of companies is grateful to all sponsors, participants and volunteers who make this annual tournament a huge success.

About Trinity Cafe: Trinity Cafe (http://www.trinitycafe.org), a 501 (c) (3) non-denominational charity has been a lifeline for the hungry and homeless in Tampa Bay since 2001, having served more than 848,000 restaurant quality meals. Trinity Cafe’s mission is to restore a sense of dignity to the hungry and homeless while serving a nutritious meal. The Cafe’s goal is to faithfully treat all of God’s children with acceptance, compassion, love and respect. 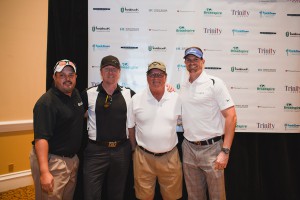 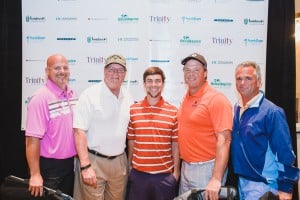 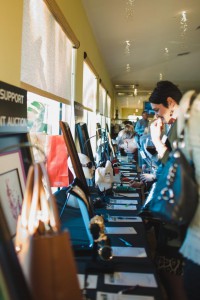 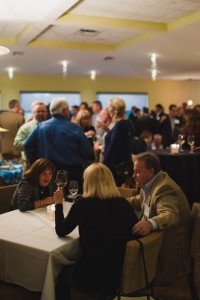