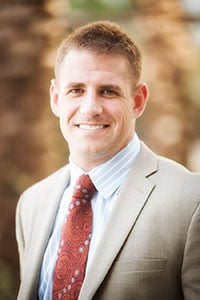 Matt was a standout hockey player at Trinity College in Hartford, CT, and he actively competes and trains in crossfit. This year Matt participated in “Cut for the Cure” to support the Vinny Lecavalier Foundation and the Pediatric Cancer Foundation. He raised thousands of dollars and shaved his my head in memory of my his childhood friend and hockey teammate, Eric Pretto who battled pediatric cancer and eventually lost his battle in 2006. Matt is also involved in supporting Trinity Café. Trinity is a sit-down restaurant in Tampa for the homeless and underemployed where a hot meal is served each day in an environment of respect and dignity. The Annual FrankCrum Charity Golf Tournament raises more than $100,000 each year to benefit Trinity.

Matt will be recognized along with the other 2013 Up & Comers on November 20, at a special event at TPepin Hospitality Centre in Tampa. Read more about the Tampa Bay Business Journal’s Up & Comers Awards by clicking here.