Increase Employee Awareness of the Dangers of Distracted Driving 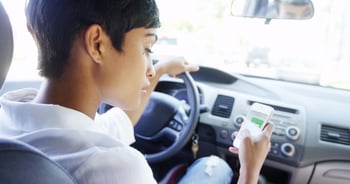 April is Distracted Driving Awareness Month--this observance is to draw attention to the dangers of distracted driving.

So what is distracted driving?

According to the U.S. Department of Transportation (DOT), Distracted Driving is: any activity that could divert a person's attention away from the primary task of driving.

From an employer perspective, employers share the cost for distraction-related auto accidents that occur both on and off the job. Many occur during the workday or during the commute to and from work. Whether you employ commuters, manage a fleet of vehicles, or oversee a mobile sales or service team, your bottom line suffers along with your employees from distracted driving.

State Legislation on Texting While Driving

Even with increased bans on texting, over 3,000 deaths occur each year due to crashes caused by distraction. So there is still more work to do, and raising awareness is a great place to start.

ALSO ON FRANKCRUM: 4 Safety Priorities to Consider for 2016

Still have questions about how to implement better practices for workplace safety within your company? We invite you to contact a specialist, who can explain how FrankCrum can support you in risk management, Workers’ Compensation insurance, and more!

Greg Andress, Director of Risk Management Services for Frank Winston Crum Insurance, is a 30+ veteran of the insurance industry who has spent more than 20 years in risk management/loss control. With clients in many industries, Greg has developed proactive loss control programs, training materials and technical bulletins; and delivered training for hundreds of clients nationwide to help them understand how they can identify and control their total cost of loss.