June 25, 2021 – The FrankCrum family of companies is excited to celebrate the 40th 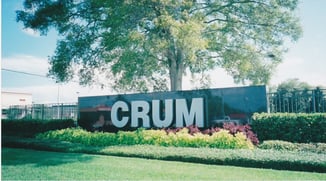 anniversary of its founding. The brainchild of father-son duo Frank Crum Senior and Frank Crum Junior, The Great American Staffing Company (the forerunner to FrankCrum Staffing) was founded on June 17, 1981 in a small office off Ulmerton Road in Clearwater.

Great American’s success in the 1980s and ‘90s laid the groundwork for the modern incarnation of the company, which now encompasses staffing, PEO services (founded in 1986 as Ameristaff), a full-service insurance company (Frank Winston Crum Insurance, founded in 2003), and an insurance agency (FrankCrum Insurance Agency, founded in 2003). The multiple businesses serve clients nationwide.

“I could not be prouder of the business I started with my father all those years ago,” says Frank Crum, Jr., CEO of FrankCrum. “We set out to do right by our customers by always doing the right things for the right reasons. 40 years later the business is stronger than ever, which is a testament to our original vision, and to the amazing group of people who have worked here over the years.”

The Crum family have owned and operated the businesses since the beginning, and the next generation of FrankCrum leadership has been working their way up within the company for more than 15 years. Frank Jr.’s daughter Haley Crum began as a customer service rep; Matt worked summers before joining the Frank Winston Crum Insurance out of college and co-founding the insurance agency with Frank Jr. The dynamic brother-sister team succeeded individually and together, with Haley eventually ascending to president of FrankCrum Staffing, while Matt became president of FWCI. The pair were named co-presidents of the FrankCrum PEO in fall of 2020. 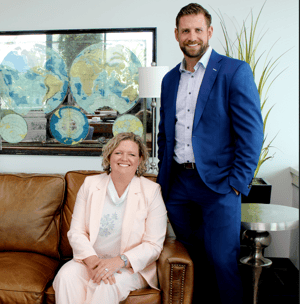 “It’s an honor for me to carry on this legacy that started with my father and grandfather,” says Haley Crum. “I feel like we have a responsibility to the staff to continue to create jobs and livelihoods for all of the team. My brother and I have still so very much to accomplish, and the people are key to realizing those dreams and aspirations.”

“Celebrating this 40th anniversary says to me that my father and grandfather built a business that has proven it can stand the test of time,” says Matt Crum. “Looking forward, I am beyond excited about where we’re headed as a company, and I know in my heart that those first 40 years were only the beginning of something very special.”