How to Garnish Wages | The Employer’s Guide 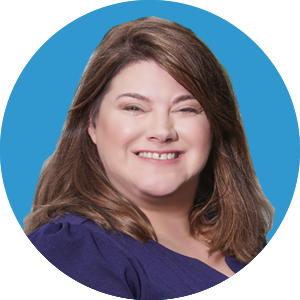 Are you curious about how to garnish wages? Then look no further. A wage garnishment is an involuntary court order that requires an employer to withhold a portion of an employee’s wages to pay part of that employee’s outstanding debt. The issuing agency will notify employers about the need to garnish an employee’s wages by issuing a writ of garnishment, and employers must legally comply. This authorizes the sheriff to inform the debtor's employer that a portion of his employee's wages need to be withheld from his paycheck for each pay period until the debt is settled. Many employers aren’t sure how to garnish wages, but the debtor's employer is required to complete and return this official acknowledgment that he will comply with the garnishment order. If they ignore the order and/or miss a response deadline, it could land you in court — or worse, leave you on the hook for the employee’s debt.

The writ of garnishment will include a response form and calculation worksheet. It’s vital employers calculate and apply wage garnishments correctly. In most states, withholding must begin within the pay period specified by the writ’s date of service. The employer must deduct the garnished amount from the employee's paycheck before he is paid, so the employee cannot prevent the money from being sent. If the employee is still being paid wages by the company and does not file for bankruptcy, the employer will continue withholding. The employer will receive an order to stop when the payments are complete. If the employer decides to stop before the order is official, the employer could be the one paying a penalty.

It’s considered a best practice for employers to send a copy of a writ of garnishment to the employee. As awkward as these situations can sometimes be, you shouldn’t be the deliverer of any shocking news. Your employee is probably well aware of the debts he or she has looming. Depending on which state you operate in, employees have a set amount of time to dispute the debt. If you receive a garnishment order by mistake (i.e. the employee no longer works for you), make sure to contact the issuing agency.

Garnishments commonly come from creditors like banks and credit card companies. Child support enforcement agencies also issue garnishment orders to collect past-due child support payments. Some common examples of things you might need to garnish an employee’s wages for include:

Federal and state regulations determine how much an employer should withhold from an employee for a garnishment or tax levy each pay period. It’s the employer’s responsibility to know the maximum amount that can be garnished, which varies by state. On a federal level, the Consumer Credit Protection Act protects the employee’s wages. The CCPA says the garnishment can be up to either 25% of the employee’s earnings, or 30 times the current federal minimum wage, whichever is less. However, certain types of debt, like bankruptcy or child support, have higher withholding limits.

Sometimes, employees may have more than one garnishment order. The employer must issue payments on federal debts first, then state or local tax debts, and then creditors. If there are multiple creditors, employers pay the earliest garnishment first. Here’s an example of the priority:

The CCPA prohibits employers from terminating or disciplining an employee for their first wage garnishment, regardless of the number of levies made or proceedings brought to collect that one debt. However, the CCPA does not prohibit termination if an employer must separately garnish an employee's earnings for two or more debts. Finally, the sheriff will notify the employer that the wage garnishment has been completed and they no longer need to withhold money from the employee's paycheck.

Dana is the Director of Tax & Unemployment at FrankCrum. Dana has been with FrankCrum since 2010 and oversees tax compliance and unemployment benefit administration. She has been a Certified Public Accountant since 2002. She first realized her aptitude with accounting when she chose to play with her mother’s adult learning accounting class material at age seven. When she’s not working, Dana enjoys traveling, true crime, and reading historical novels.